The figure below shows the ESL script editor window. Each script opens in own tab. 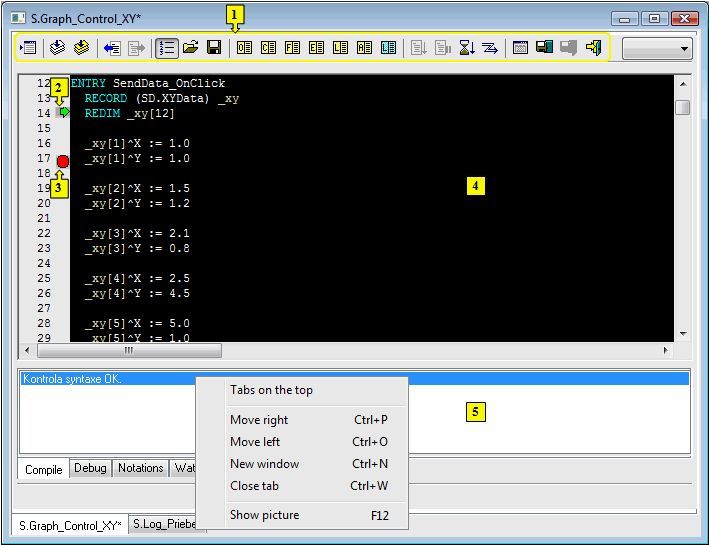 Clicking on the tab the following popup menu occurs: 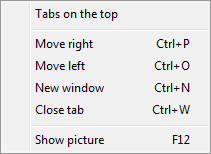 A title bar of tab window and CNF (if the window is maximized) contain the name of active tab. If the tab window is minimized or hidden and the new script is opened the tab window will be displayed again. The insertion point is on the area for editing of the current tab.

When the script editor is closed all the tabs will be closed and the window will hide.

The rules of the tab closing:

The popup menu containing these items can be displayed over the script source text (part 4 on the picture). Click by right mouse button or push Menu key on the keyboard. 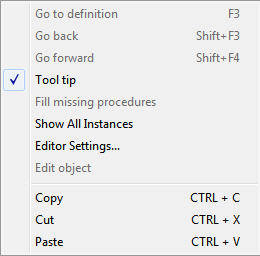 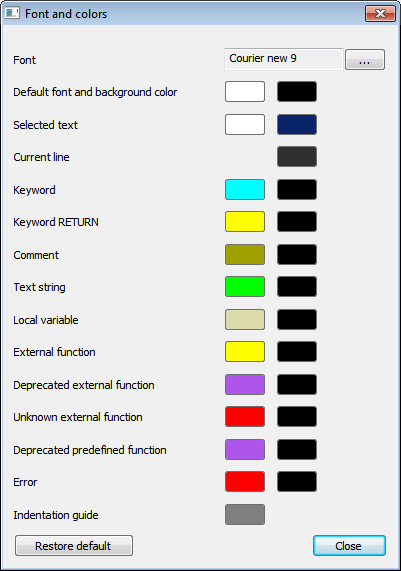 ESL Editor within String detects the references to dictionary. If some reference to a dictionary (key), which has not defined yet, is identified, it will be colored as Error (see the dialog above).

The key D2_ActAlarm exists in the dictionary, but D2_ActAlarmAAAAA does not exist.